The Rossini Foundation and the Marche Polytechnic University are collaborating in integrating the cultural activities of the Foundation with the University research activities.

The Agreement stipulated with the D.A.R.D.U.S., or the Department of Architecture – Survey – Design – Urban Planning – History, aims at the enhancement, analysis and museumisation of the historical, artistic and architectural heritage inherent in the life and work of Gioachino Rossini through the use of digital technologies, the setting up of physical and / or virtual museums and the telematic dissemination of the material thus produced.

Palazzo Olivieri, built in 1749 on a project by the architect from Pesaro, Gian Andrea Lazzarini (1710-1801) commissioned by the scholar from Pesaro, Annibale degli Abbati Olivieri, was purchased in 1884 by the municipal administration to become the home of the Rossini Music High School in 1892.

This involved major renovations to adapt the building to its new functions between 1884 and 1892.

It was on this occasion that the Pedrotti Hall was built for concerts on the area available to the right of the building. Its eighteenth-century facade subsequently had to undergo significant expansion with the creation of a second entrance identical to the original one designed by Lazzarini and dominated by a balcony in stone.

The bronze statue of Rossini made in 1864 by Carlo Marocchetti (Turin 1805 – Passy 1867) can be seen in the first courtyard. It was transferred here from the railway station gardens in 1887.

The interior of the building was frescoed by both Lazzarini and his pupils; in particular, the historical events of the Pesaro community are depicted in the Sala dei Marmi.

An interesting detail can be admired: what looks like real marble is actually the result of a particular technique that uses scagliola mixed with colour.

A special sector is dedicated to the numerous honours that Rossini received in the course of his life from sovereigns, governments and associations all over the world.

The daguerreotype of Nadar and the portrait of Gustav Doré are also kept. 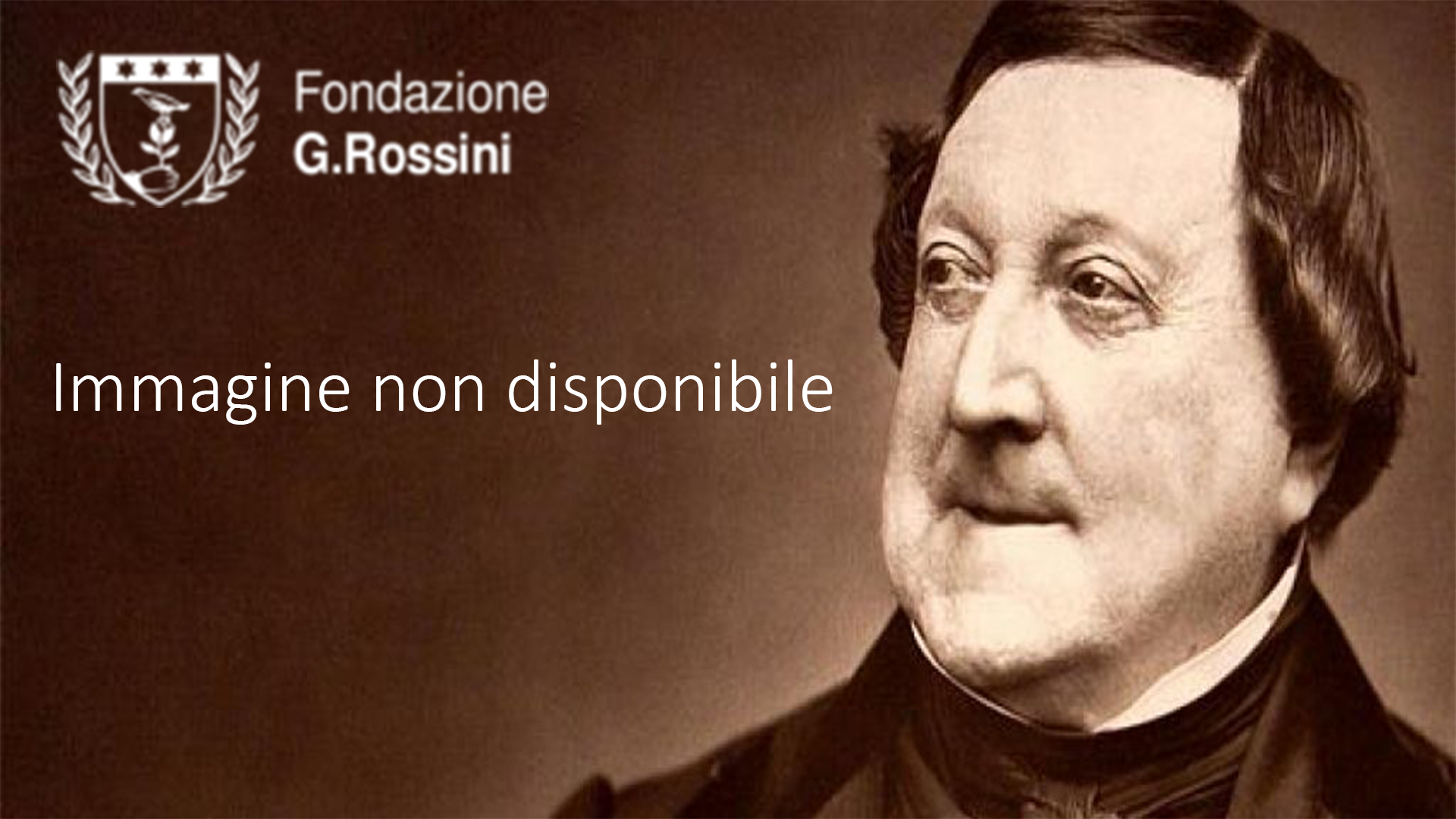