The series dedicated to Rossini’s Librettos complements the Critical Edition of the operas and presents all the sources of inspiration for each individual title, allowing us to reconstruct the path from the literary progenitor to the libretto used by the composer. The excursus in some cases continues to document the fortune of the work, providing the texts of the most important sections and offering a broad picture of the changes introduced over time.

It is a fascinating journey through the anastatic reproductions of texts which have often been difficult to source, preceded by extensive introductory essays which besides giving a specific historical-literary context, also dedicate ample space to the figure of the librettist. A portrayal of them has been made as accurately as possible mainly from unedited documents and removes them from the anonymity to which they were often relegated by superficial critical judgements. 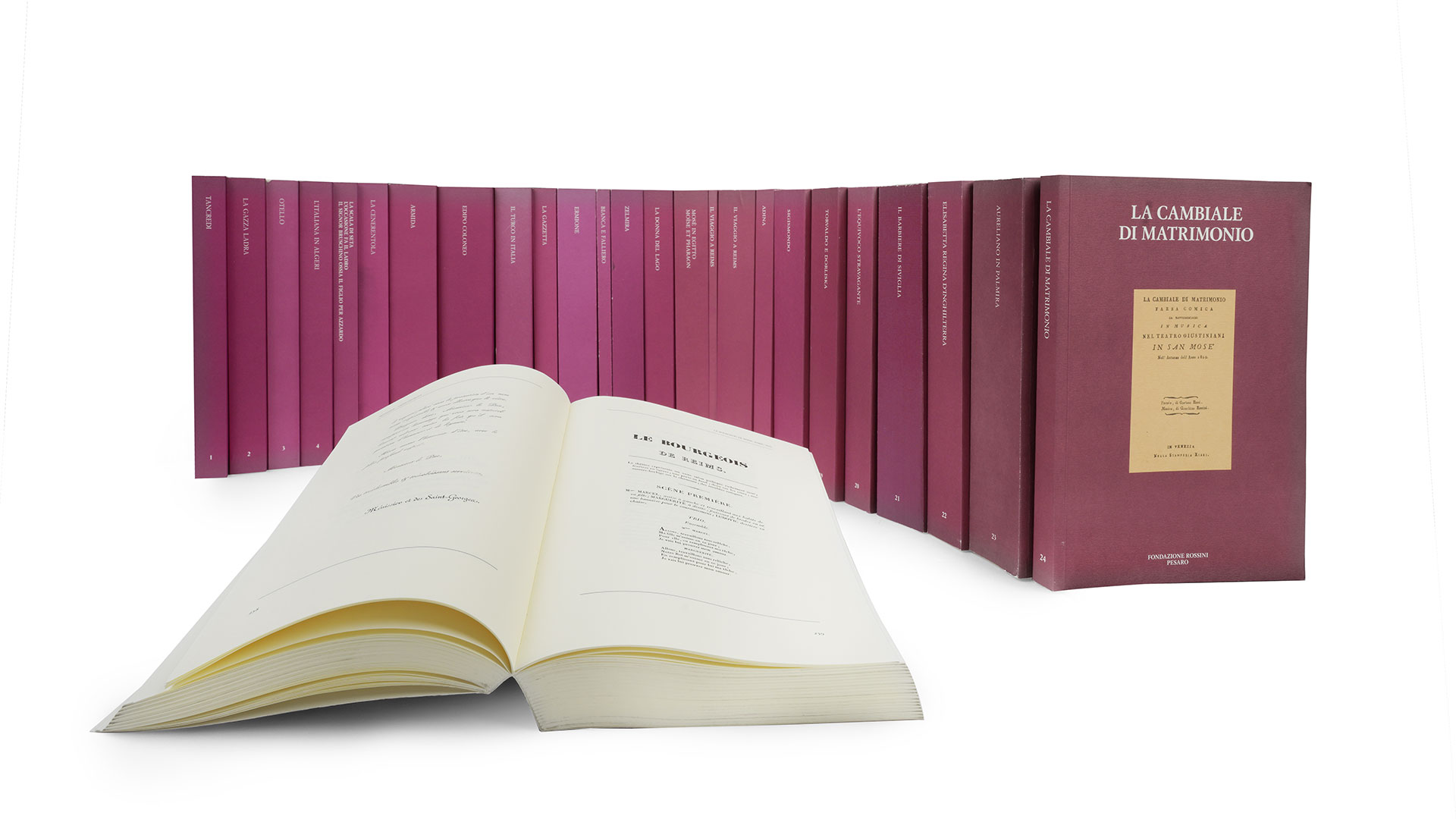 BACK TO EDITORIAL PRODUCTION